The main purpose of encrypted data is kept confidentiality which can help protect data you have send and received. The encrypted technique plays a significant role for data security in cyber world. If plain text or readable data is not encrypted into cipher text then unauthorized users or cyber attackers can access the data.

What is the Meaning of Encrypted?

As a sender if you want to transmit the credit card and bank account numbers to recipient through a network then the data will be converted into cipher text.

For example, of encrypted data:

Now, what is the meaning of decryption? The receiver needs a secret key or password to read the encrypted data back to its original plaintext data. So, the user can read the file, this process is called decryption.

What is the Meaning of End-To-End Encrypted?

The meaning of end-to-end encrypted (E2EE) is a secure data communication technique where only the sender and receiver can communicate. Here, third party service provider or hackers are preventing from accessing the data while transferring over the network.

In this encrypted process, the data is encrypted on the sender device using algorithm and only the receiver can decrypt the data.

End-to-end encrypted is a method which used most popular messaging service providers such as Facebook, WhatsApp and Zoom. The messages are encrypted before sending and the messages isn’t decrypted until it reaches to the receiver.

What is the Meaning of End-To-End Encrypted? Simply put, end-to-end encrypted method ensure that no one can access or read your data while talking or messaging on Facebook, WhatsApp and Zoom.

In above we have defined What is the meaning of encrypted data? Now, we will explain What are the encrypted techniques?

Basically, there are two types of encryption techniques are used for data encoding in use today such as symmetric and asymmetric encrypted technique.

In this encrypted process, sender uses the secret key to encrypt (cipher text) the message before sending it to the receiver. Once receiver receives the message it can decrypted using receiver secret key, returning It to plaintext.

Asymmetrical encryption is additionally referred to as public key cryptography, that could be a comparatively new methodology. It increases the safety of the encryption process by utilizing two separates key but mathematically related keys known as a public key and a private key to encrypt and decrypt data.

In this encrypted technique, both sender and receiver have two keys (public key and a private key) of their own. 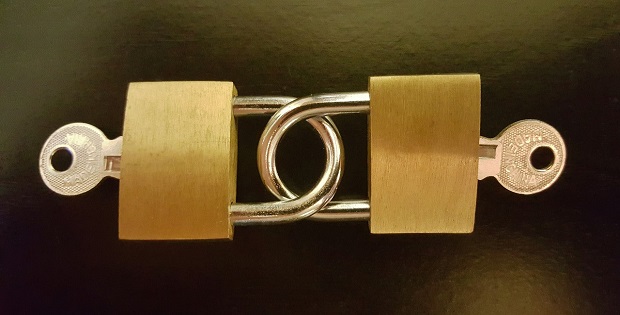 How Does Encryption Work?

When a sender needs to send a message to receiver therefore, before transfer the message was encrypted by a secret key. In that case, sender uses an algorithm to scramble, or encrypt the plain text message. It is then transmitted through network to the receiver, who is able to decode the message with a key.

An algorithm uses the encryption key to encrypt the data into cipher text and the cipher text data back into plaintext using the decryption key. Encryption algorithms are commonly used for online activities such as messages, computer communications, and for file transfers. Typically, they are used to deliver secure data transfers.

There are different types of encrypted algorithms are used to data encrypt and decrypt, which are as follows: